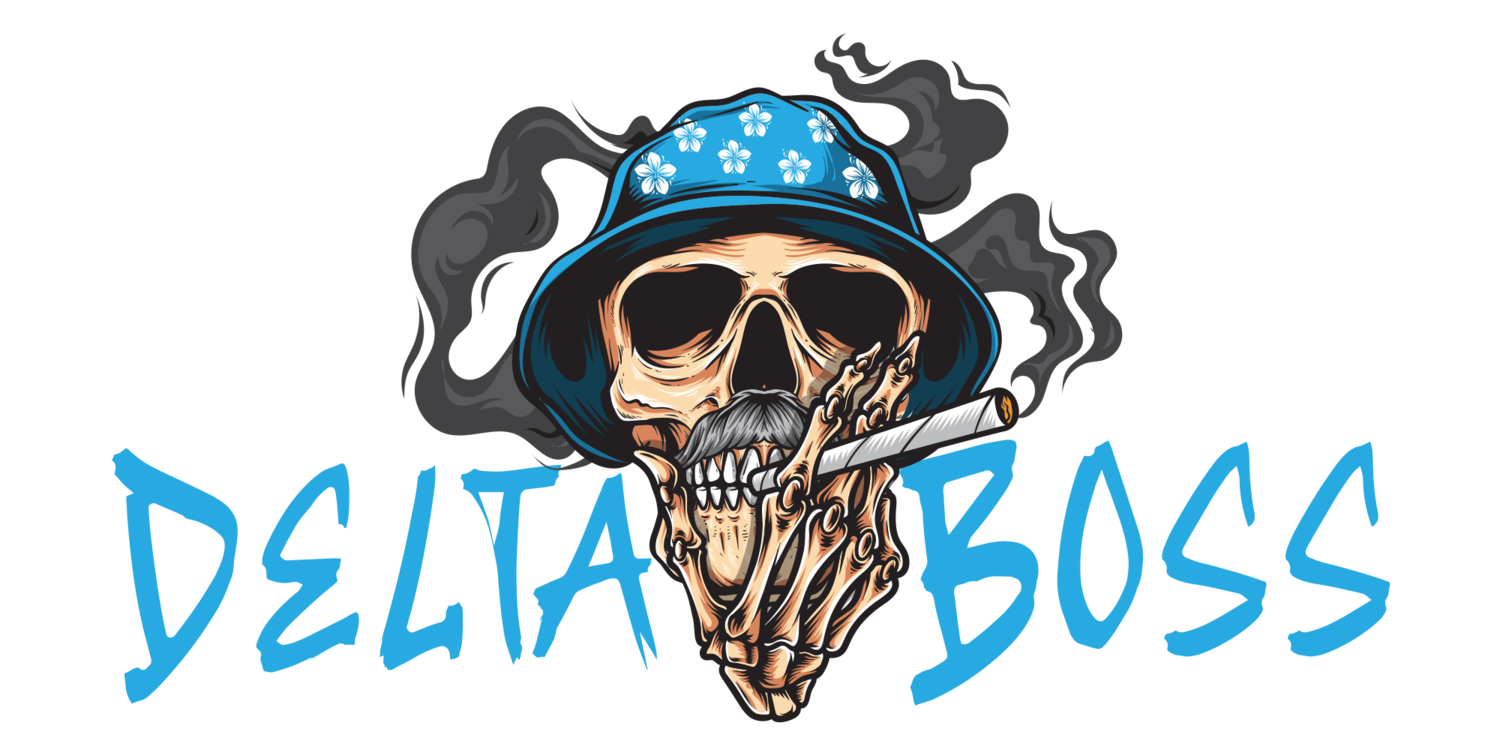 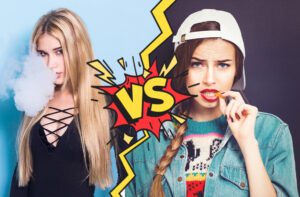 If you’re like many other cannabis users / consumers, you may be unsure if edibles or smoking provides the same high. The fact is that neither option is necessarily “better” than the other, but there are some key differences between them that might make one a better choice for your needs than the other. This essay looks at those distinctions and similarities to help you choose which method of consuming cannabis users is right for you.

WHAT ARE EDIBLES/GUMMIES AND WHAT’S THE DIFFERENCE?

Cannabinoids are chemicals found in the cannabis plant that may be consumed for therapeutic purposes. The most popular form of edible is gummies, but they exist in a variety of other forms. Companies offer a wide range of foods, including hard candies, beverages, and baked products like brownies. Edibles include all of these things. Some drinks, such as cannabinoid-infused coffees, teas, honey, and shots are included in the mix. However, tobacco smoking is not allowed.

The Pros and Cons of Burning vs. Eating Your Cannabis

There are many distinctions between these groups, but the most significant include potency of effects at a specific dose, discreteness with usage, and effect duration. Edibles take longer to work, but they also last longer and tend to pack a punch. The main benefit of edibles is that they’re discrete and don’t contain the same health hazards as smoking does.

Vaping and smoking have quicker effects but don’t usually last as long as edibles. They’re more beneficial for people who want immediate results but don’t mind needing to continue using the product every hour or two.

A disadvantage of inhaled cannabis products like joints, bongs, dabbing, or vapes is that they aren’t very discreet. Smoking releases a plume of visible smoke with a notable smell. Vaping is slightly more discrete, however the odor can still be detected when used indoors.

How do they work? UNDERSTANDING first-pass metabolism

After you eat an edible cannabis, it has to go through your digestive system before being processed by the liver. This means that you won’t feel the effects of the THC right away because your body needs time to digest it.

When you consumes smoking cannabis use through smoking or vape pens, the cannabinoids are absorbed straight into your circulation, producing immediate effects. This technique is many times faster than waiting for your body to digest an edible. Users report feeling the effects of smoking or vaping within minutes of lighting up or taking a hit.

The high from an edible cannabis use is different than other methods of consuming cannabis. 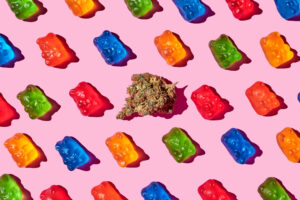 Edibles are said by many cannabinoid users to be stronger than other methods, such as smoking marijuana or vaping. This may be due to the fact that edibles’ effects can last up to three times longer. So essentially, you’re feeling the plant’s benefits for a prolonged period, making it seem more potent overall.

The effects of an edible cannabis can also be more cerebral than other methods. You may feel giggly, happy, and/or have heightened senses. Some users say they experience paranoia or anxiety after consuming edibles, but this is typically only at high doses.

Discretion is another big factor when considering whether to eat your cannabis use or smoke it.

As mentioned before, smoking releases a plume of smoke and has a very distinct smell. This makes it difficult to use discreetly, especially indoors. Vaping is a bit better in this regard, as the vapor is not as visible as smoke and doesn’t produce as strong of an odor. However, it can still be detected if used indoors for extended periods of time.

Some individuals believe edibles are more powerful because controlling the dose while eating edibles is more challenging than smoking or vaping product. Because taking edibles takes so long to become effective, people may mistakenly believe they’re stronger.

The bottom line is that taking the same amount of cannabinoids via various methods does not alter their overall strength or impact. The effects and strength of eating an edible will be identical to smoking marijuana the same quantity of cannabis use, however the effects will last longer.

VAPING KICKS IN A FASTER DIRECTION, BUT EDIBLES LAST LONGER

Many individuals choose to smoke and vaporize cannabis use because they believe the effects are immediate. The majority of cigarette smokers and vapers claim to feel the effects within minutes, with nearly everyone noticing results after 5–10 minutes. Smoking cannabis users and vaporizing cannabinoids produces minor bodily changes that last 1–2 hours.

Edibles are similar to slow-release pills in that you won’t feel the effects for as long, but they will last much longer. Most individuals claim to notice a change after 30–60 minutes and that the effects continue for up to 4–6 hours.

Some people believe that the effects of edibles may last even longer, albeit this is difficult to predict since it is determined by a variety of criteria. The user’s body weight, age, and metabolism affect how quickly they get started feeling the effects and how long they continue.

EDIBLES ARE SAFER THAN VAPING OR SMOKING: 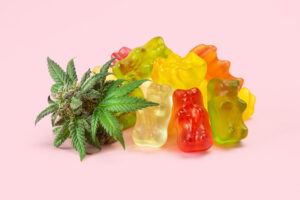 Apart from the usual cannabis use side effects, edibles have little to no known major adverse effects. Because there are few if any negative long-term consequences associated with consuming marijuana or its components, most people are more concerned with their health than they are about smoking it.

Although the dosage will be equivalent regardless of how you ingest it, consuming cannabinoids via edibles versus smoking or vaping products presents different absorption methods.

Avoid overindulging in edibles by following these tips. gummies are generally the easiest and most consistent form of an edible, however, they can vary drastically between companies. To be on the safe side, always read and re-read labels before consuming any product. Most companies label their edibles in milligrams for easy comparison which makes it easier to find a product that agrees with you.

If you’re concerned about taking too much, making your own edibles is a smart idea. Even if you make them yourself, however, the variation in strength between batches of brownies can be significant.

It’s critical to start with edibles slowly, even if you think you’re only taking a little amount. The vast range of each edible, as well as the complicated estimation doses, make many people have unpleasant encounters with edibles because they unintentionally consume far more cannabinoids than intended.

It’s generally simpler to get the right smoking or vaping dose, yet it’s more difficult to determine exactly how much THC or other cannabinoids you’re consuming because of the uncertainty of dosages. Most people take puffs to measure smoking doses, which is imprecise but simple to do if you’re just starting out.

Efficiency is another benefit Edibles have over smoking. Cannabinoids are fragile molecules that break down at high temperatures. Because smoking involves combustion, smokers lose potency. Vaping does not employ combustion and still generates high temperatures, which means it’s less harmful than smoking but not as effective as edibles in preserving cannabinoid content.

If you want to get the most out of your marijuana, edibles are the way to go. The majority of methods for producing edibles — including baking — do not reach high enough temperatures to degrade cannabis use.

The side-effects of this medication depend more on the dose amount than the method of consumption.

Assuming equal doses, the adverse effects of edibles and smoking or vaping are identical. The following are some of the most frequent cannabinoid side effects: anxiety, paranoia, memory loss, red eyes, and a racing heart.

Edibles are not more likely to cause side effects because they are stronger, contrary to popular belief. The majority of people who experience negative effects from edibles consume too much inadvertently by miscalculating their dose.

WHAT ARE THE MAIN DIFFERENCES BETWEEN SMOKING AND VAPING?

Although smoking and vaping are alike, they are not the same. People have more options for ways to smoke than vape. Some of these include bongs, pipes, bowls, and rolling papers–joints and blunts included. Every option offers its own set of pros and cons.

Vaping is not as flexible as other methods. The most common type of vape used, the vape pen, takes cartridges containing liquid distillate – a potent form of the cannabinoids. Vape carts are easy to use and transport but can be costly. A less popular option for vaping is dry herb vapes. These use dried leaves instead of liquids and shares many characteristics with pens (i.e. size and portability).

Which is a better experience: Edibles or Smoking/Vaping?

Whether edibles or smoking is better is a matter of personal preference.

Some consumers choose the quicker, more immediate effect of smoking and vaping over that of edibles.

Effects and strength of your experience will not be determined by the delivery method if you consume the same amount of cannabinoids.

Edibles are healthier for those concerned about smoking’s connections to cancer in the lung. There is a lot of proof that smoking raises the risk of developing lung and other malignancies, making edibles the better option. Edibles, on the other hand, aren’t the ideal option for novices, and even experienced users should be cautious not to consume too much.

Ultimately, it depends on your preferences and habits as to whether you want to consume edibles or smoke cannabis. Edibles are more potent but less predictable, while smoking and vaping is easier but may be harmful.

No matter your choice, always start with a lower dose initially and then take note of the effects. With any substance, it’s easy to consume more but once you’ve used too much, there is no going back.

How do I know how much to consume?

Start with a small amount, such as 2.5-5mg of THC. If you don’t feel anything after 2 hours, increase your dosage by 2.5-5mg increments until you find your sweet spot. Remember, it takes longer to feel the effects from edibles than smoking.

What are some tips for consuming edibles?

If you want to avoid any negative experiences, start with a low dose and give yourself plenty of time to feel the effects. Edibles can be easy to overconsume because it can take up to 2 hours to feel the full effects. Avoid using alcohol or other substances when consuming edibles. Try not to eat too much food

So take it slow, stay safe, and enjoy your experience.

Delta Boss sells products that are derived from hemp to individuals above the age of 21. It is our understanding that such products contain an amount of THC that is within the allowable limits prescribed by federal law and the laws of our primary place of business. Delta Boss does not and shall not guaranty or otherwise represent to you that its products are legal in your state or territory. It is up to you, independently, to determine the legality of Delta Boss products within your state or territory.

In addition, you should consult with a physician before using. Any statements made by Delta Boss have not been evaluated by the FDA, and any products sold by Delta Boss are not intended to diagnose, treat, cure, or prevent any disease.